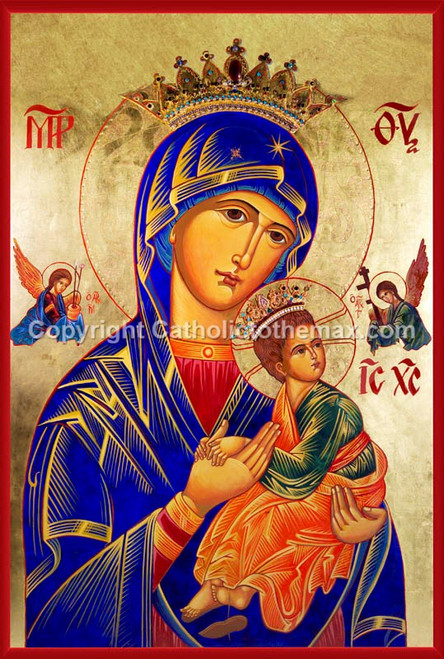 The Virgin of Passion (Our Lady of Perpetual Help) Wall Plaque is is rich in symbolism involving the Passion of our Lord Jesus Christ. In regards to the various abbreviated Greek words inscribed on the icon, the letters on the opposite sides of the upper part of the icon MP θY represent the Greek for "Mother of God." The ICXC to the right of the Christ child is an abbreviation or "Christogram" of the Greek words for Jesus Christ (ΙΗ?ΟΥ? ΧΡΙ?ΤΟ?) and the letters next to each of the angels reveals their names: OAPxM for Michael the Archangel and OAPxT for Gabriel the Archangel.

On opposite sides of the middle of the icon, the archangels hold the different "tools of the Passion," with the Archangel Gabriel on the right holding the cross and the Archangel Michael on the left carrying the lance that pierced Christ's side and the sponge. The large eight-pointed star on Mary's veil symbolizes Mary's title as "Star of the Sea." Finally, the loose sandal on the Christ child's foot has been interpreted with various meanings, including Christ's fear of His future sufferings during His Passion and as a symbol of Christ's humanity. Legend often attributes the original writing of this icon to the gospel writer Saint Luke.

The Virgin of Passion icon was originally produced by Mount Tabor Studios, a team of iconographers headed by Fr. Abbot Damian Higgins, who have collectively produced over 1,000 icons in the past 20 years. Many of the icons are painted using the traditional method of egg tempera and exhibit the influence of various schools, including Greek, Byzantine, and Russian iconography.

This icon comes as a glossy wood wall plaque with a slot on the back for hanging. Beautify your home and enrich your prayer-life with this lovely devotional icon. 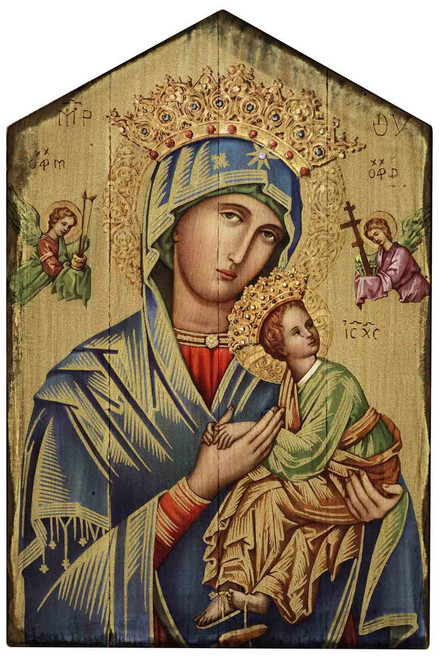 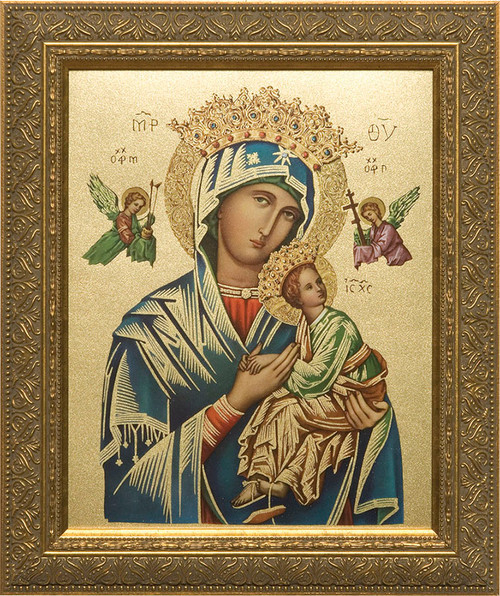 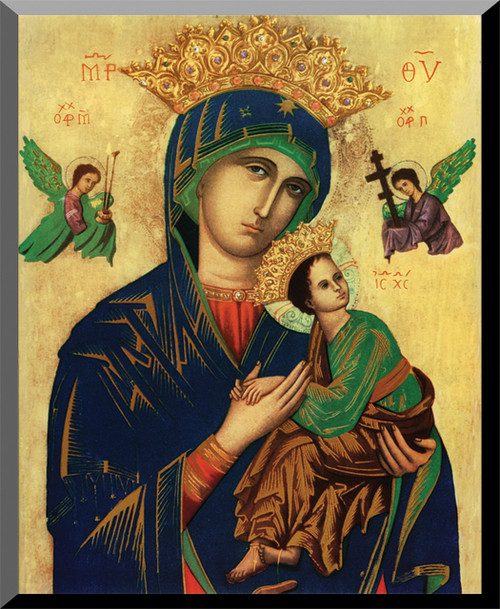 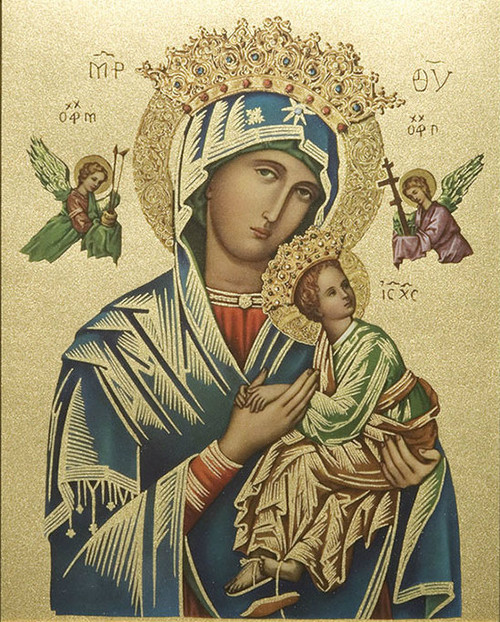 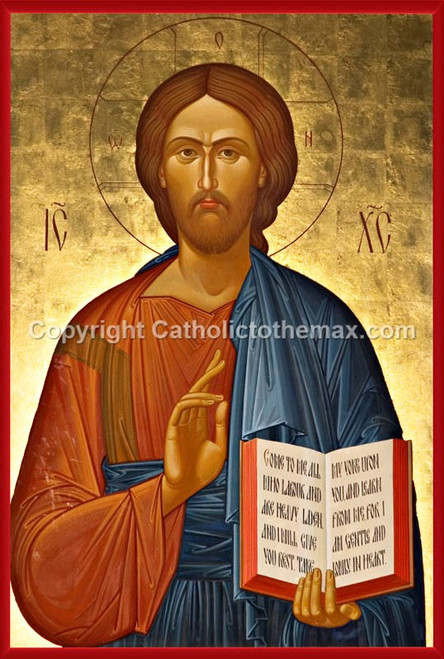 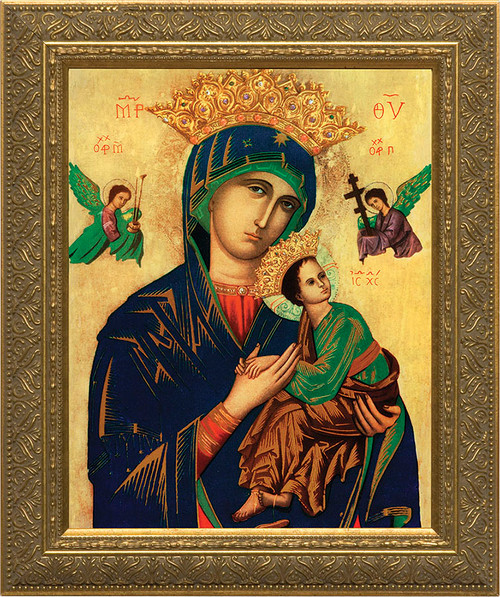 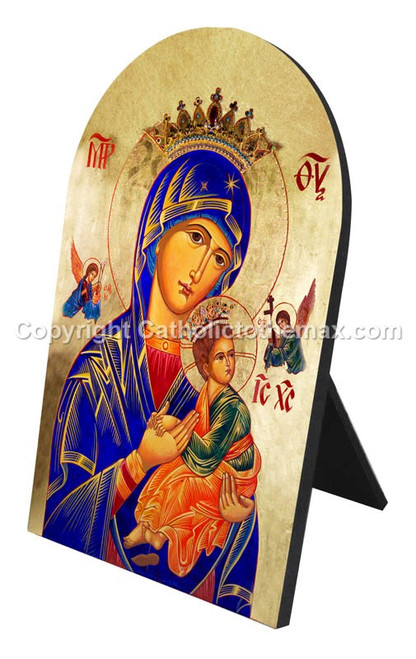 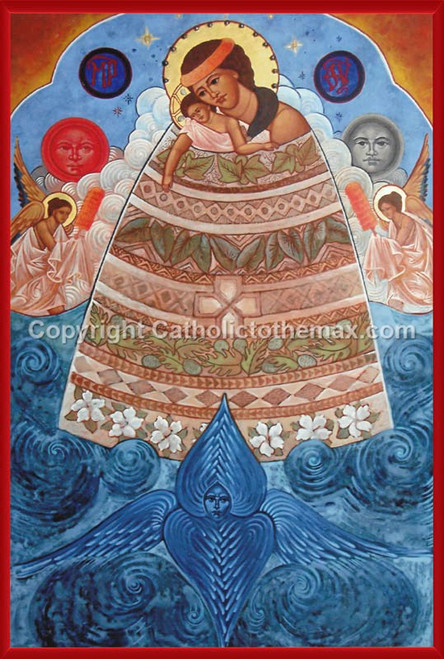 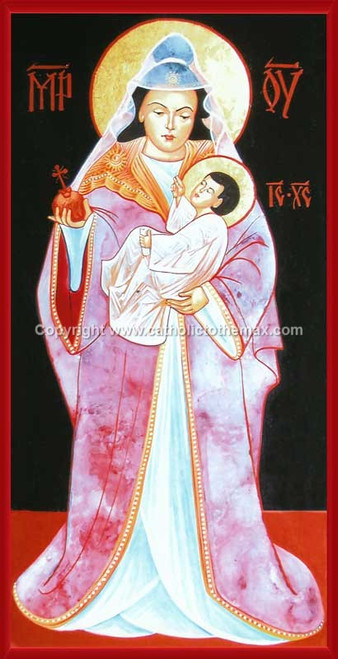 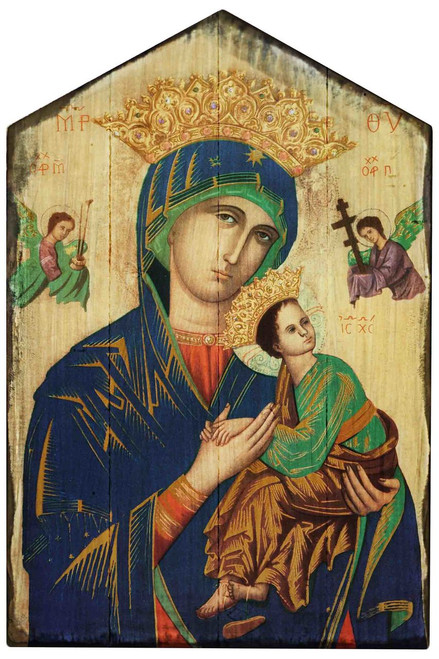