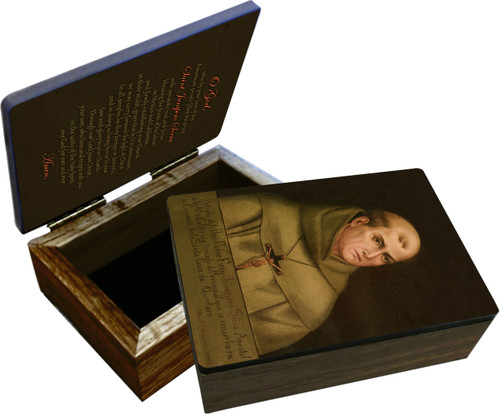 Keep rosaries, jewelry, and more in this glossy wood St. Junipero Serra Keepsake Box. Celebrate this American Saint by ordering it for yourself or as a gift today!

Saint Junipero Serra was canonized by Pope Francis on September 23rd, 2015 during a historic mass at the Basilica of the National Shrine of the Immaculate Conception in Washington DC. Junipero Serra was a Spanish-born Franciscan Friar known for starting nine Spanish missions in California in the 1700's. He spread the Gospel, taught new farming methods to the Native Americans in the region, and is the first Saint to be canonized on United States soil. 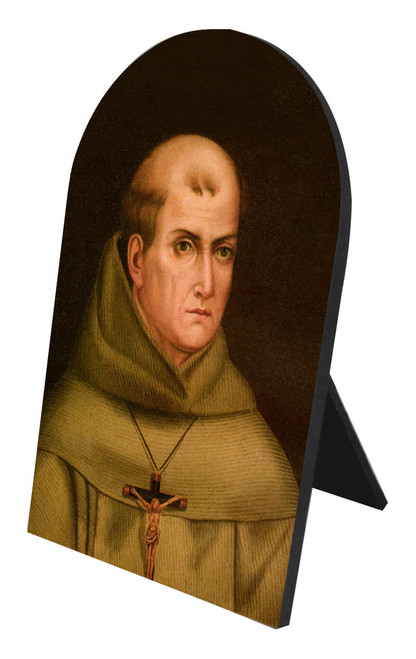 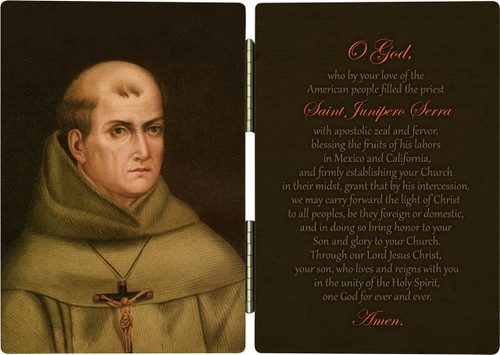 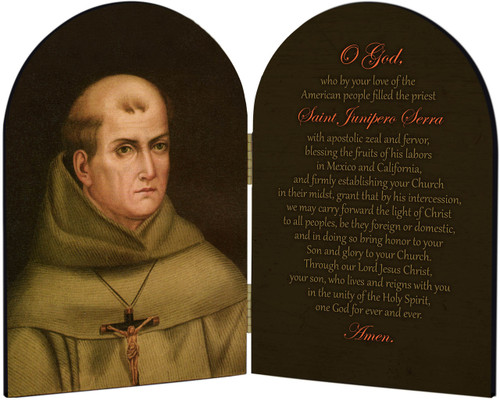 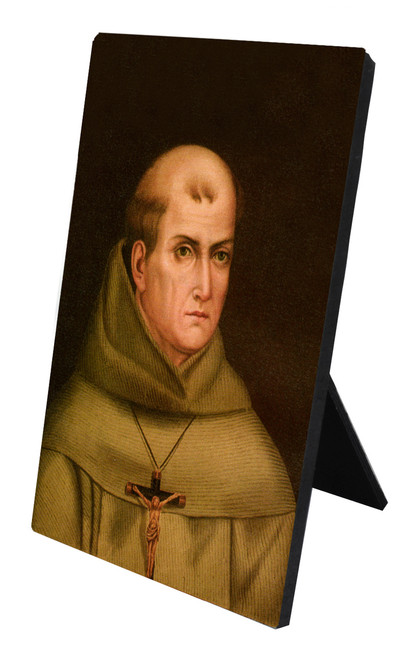 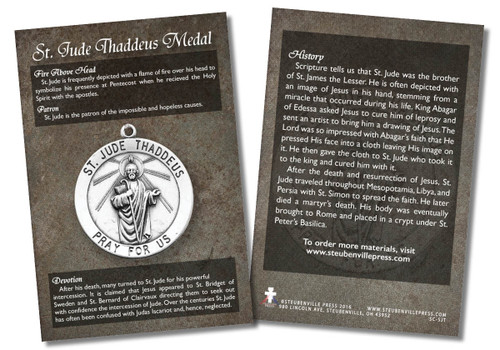 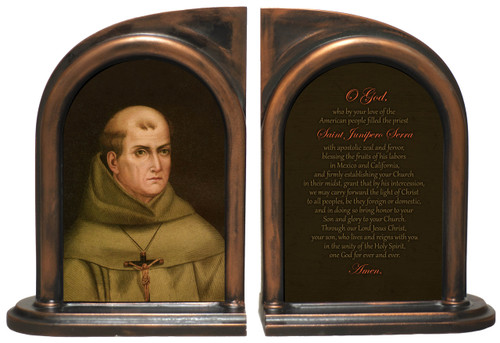 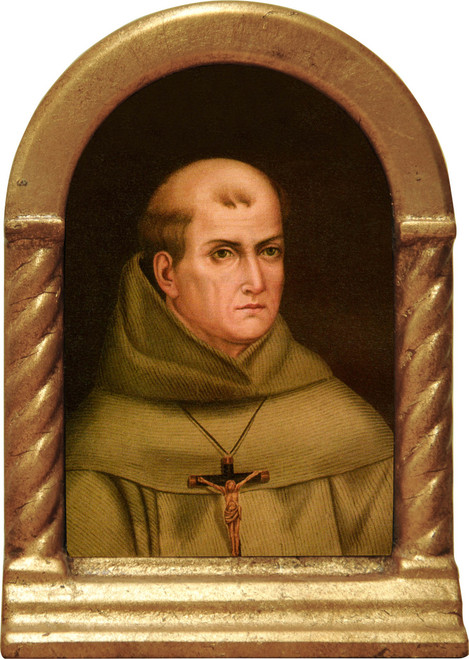 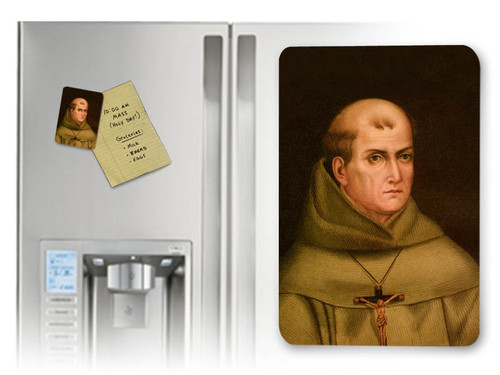