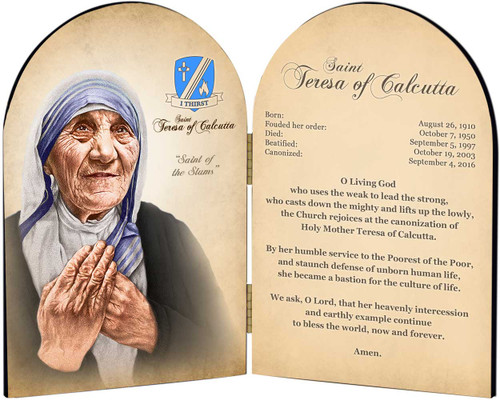 Decorate a shelf or night stand with this glossy Commemorative St. Teresa of Calcutta Arched Prayer Diptych. Celebrate this holy woman's canonization and order for yourself or as a perfect personal gift to a friend, relative, or religious who has a devotion to Mother Teresa! Diptych displays a glowing image of Christ's servant and spouse, who gave her life to love Jesus in the poorest of the poor, and includes a prayer in thanksgiving for her Sainthood. This special commemorative diptych includes a new coat of arms designed in celebration of St. Teresa of Calcutta’s canonization, symbolizing Mother Teresa's vocation to love and service: the blue shield (Marian color) with three stripes represents the Missionaries of Charity habit, modeled after a sari that poor sweeper women would wear; Jesus' words in the Gospel of John, "I thirst," encompass Mother Teresa's mission to quench Christ's thirst for souls, which she had written beside the main chapel crucifix of the Missionaries of Charity; the flame of love depicts Mother Teresa's burning love for Jesus and her intense dedication to serving Jesus despite spiritual dryness; and a cross with a heart symbolizes her frequent meditation on Jesus' love and thirst for souls, especially while hanging upon the cross, and her order's mission to console the heart of Jesus through authentic love of neighbor.

Simple Arched Diptych is perfect for desk, shelf and mantle decoration. This durable 6"x8" diptych is manufactured by local workers in Steubenville, Ohio. 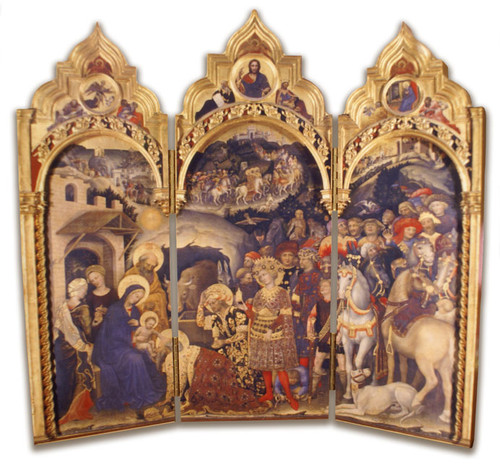 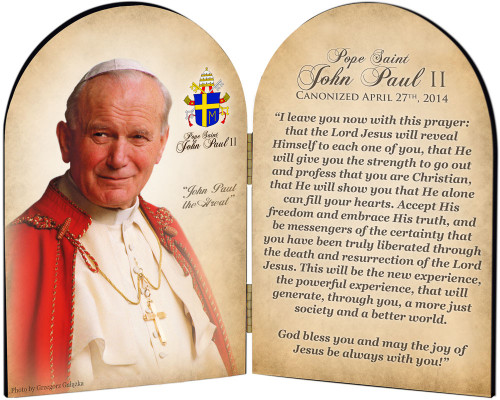 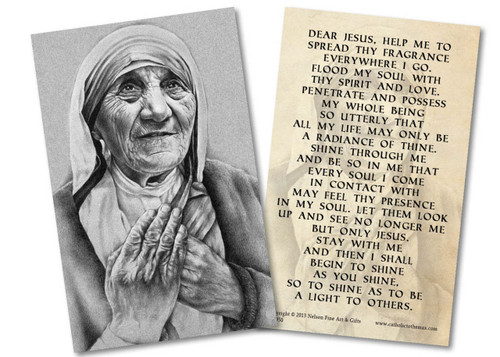 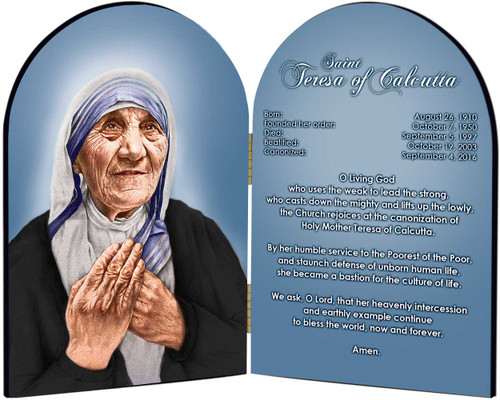 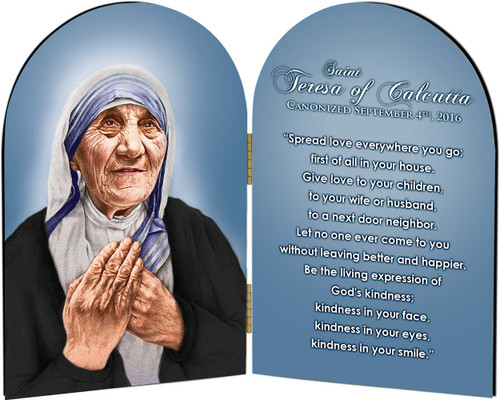 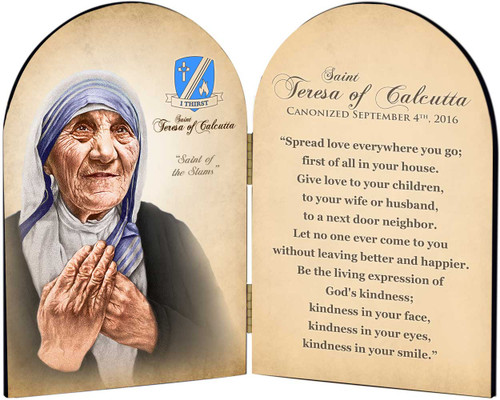 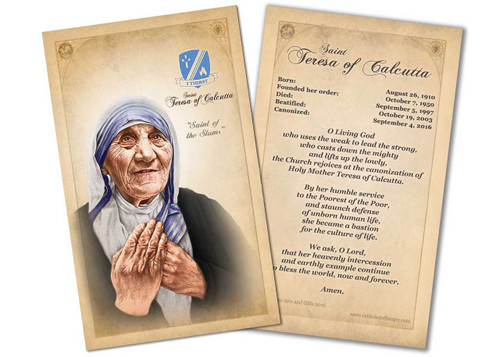