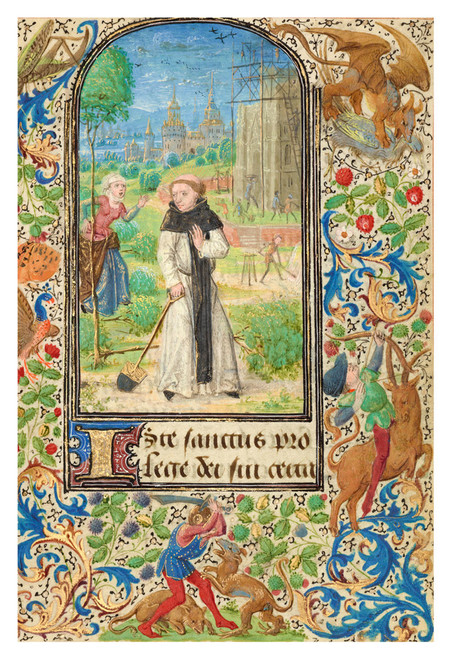 This reproduction of Lieven van Lathem's illuminated manuscript of the "St. Fiacre's Trench" comes as a fine art print with a white border.

St. Fiacre was born in Ireland in the 7th century and became a priest at a young age. After being ordained he left for France to find solitude and settled in Meaux, where St. Faro was bishop at the time. St. Fiacre went to him asking for a place to live and received a small hermitage where he tilled the land, fasted, and prayed in solitude. Hearing of his sanctity and skill with medicinal herbs, people flocked to him for healing. So a small monastery and hospice were built to provide for the needs of the people, with his hermitage a little separated from the rest.

Over time they found themselves in need of more land, so he went to the bishop again to ask for it. St. Faro told him he could have as much land as he could dig a trench around in one day. So St. Fiacre prayed before digging, seeing their great need, and began to walk around their little plot of land, dragging his shovel behind him. Miraculously, the trees fell in his wake and a trench formed itself as he walked. A woman, seeing this miracle, thought he was a sorcerer and went to the bishop to denounce him. St. Faro knew St. Fiacre though and assured the woman of his sanctity, thus leaving his reputation unscathed. 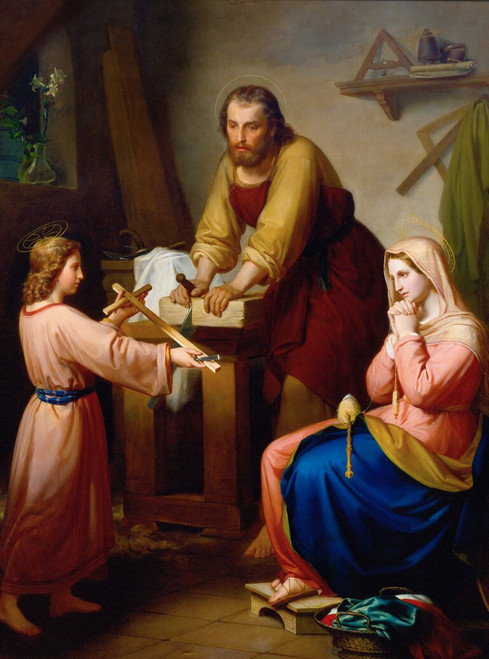 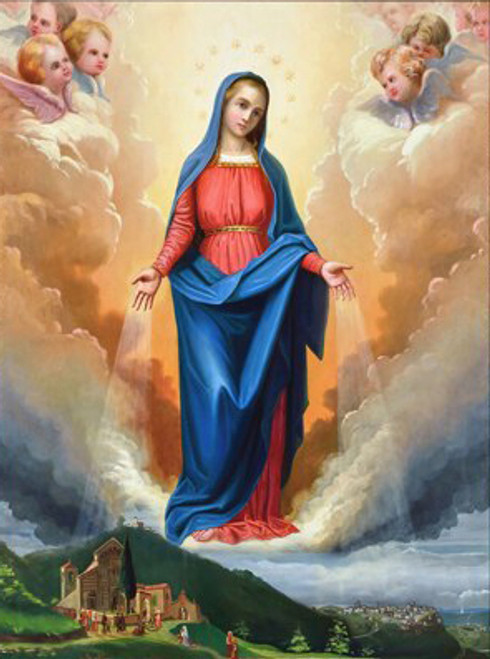 LIMITED EDITION Our Lady of Graces Received in Assorted Frames 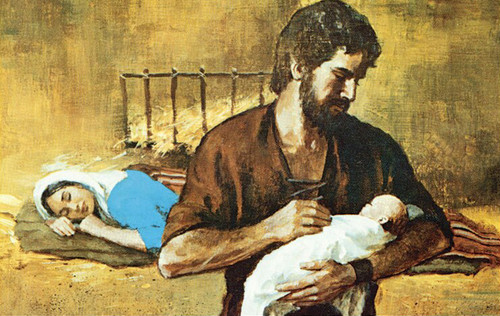 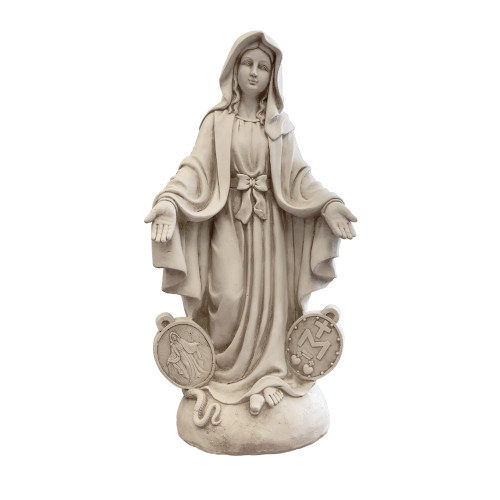 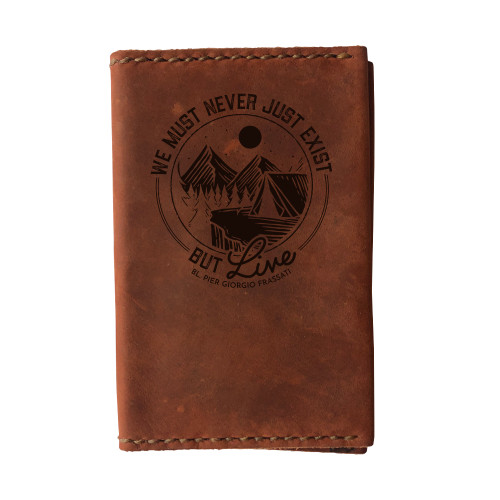 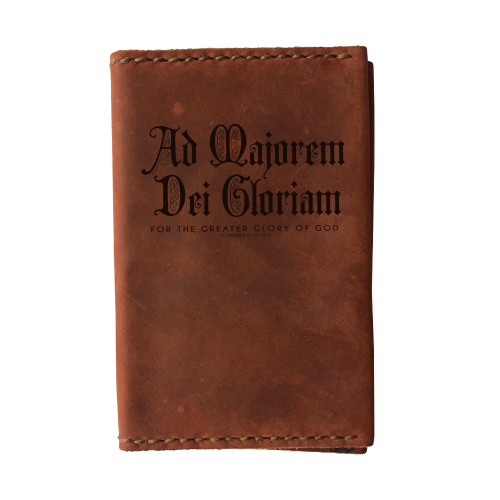 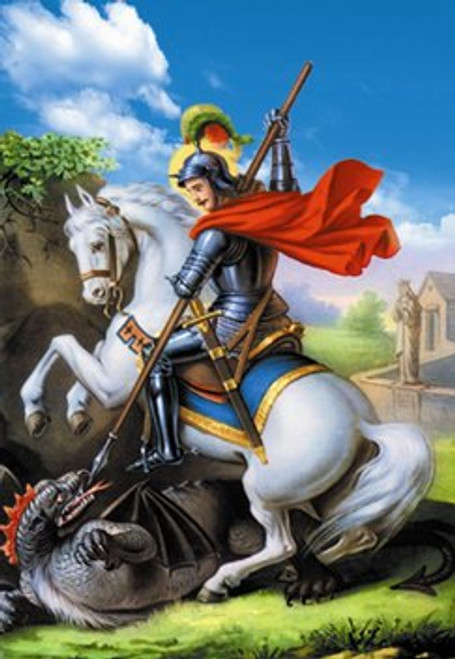 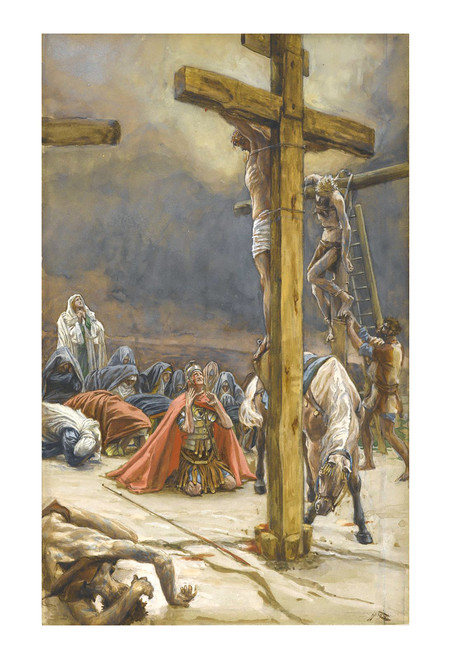 The Confession of St. Longinus Print 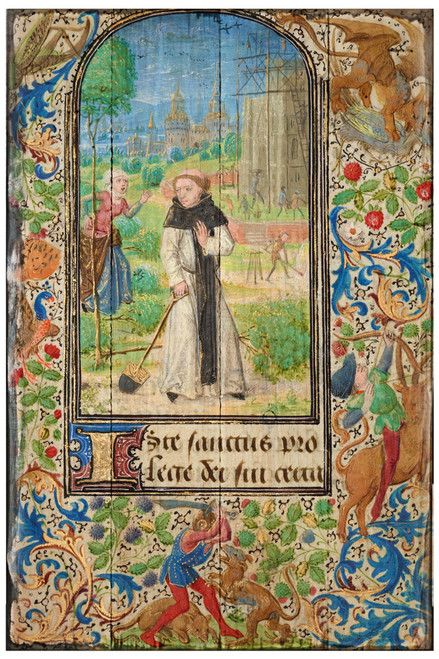 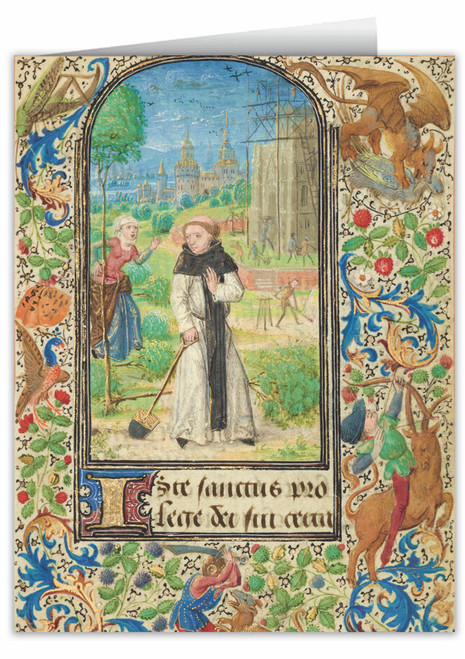