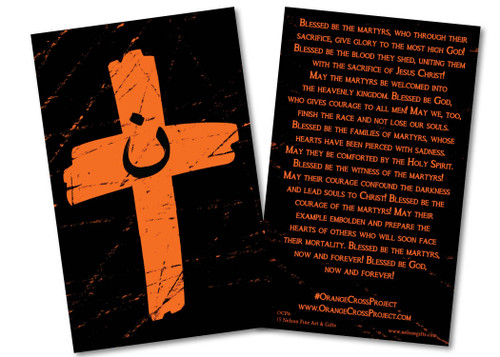 Stand in solidarity with the martyrs! This prayer card reminds you to offer up prayer and sacrifice for all who are being persecuted for holding to the faith in the Middle East.

On the cross is the Arabic letter “Nun," which is commonly used as an abbreviation for "Nasrani," a term for Christians. This symbol has been painted by ISIS on the homes and businesses of known Christians, preemptively marking those individuals for persecution.  Just as the Jewish people were marked and persecuted by the Nazi regime of Adolph Hitler, so are Christians now being marked and persecuted by the Islamic regime of ISIS. ISIS uses the "Nun" as a mark of shame, but we display it as a sign of Christian brotherhood and love.
"Blessed are you when men shall revile you, and persecute you, and shall say all manner of evil against you for My sake. Rejoice and be exceeding glad; for great is your reward in heaven!"
Matthew 5:11-12 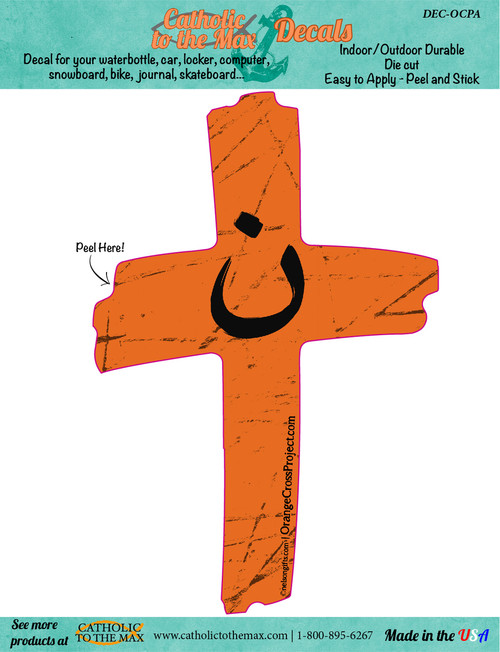 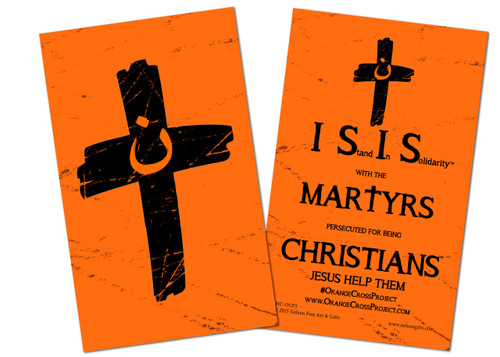 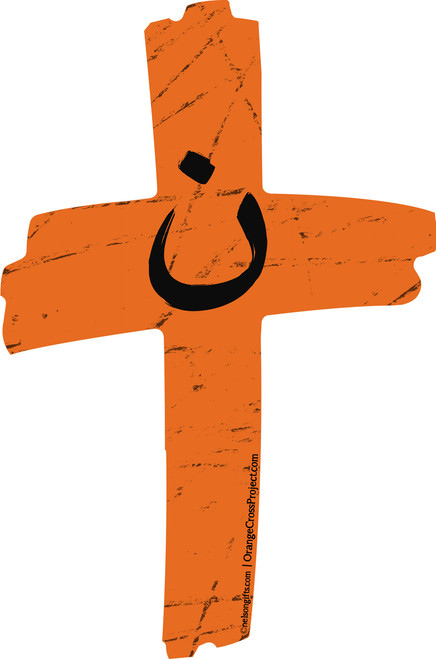 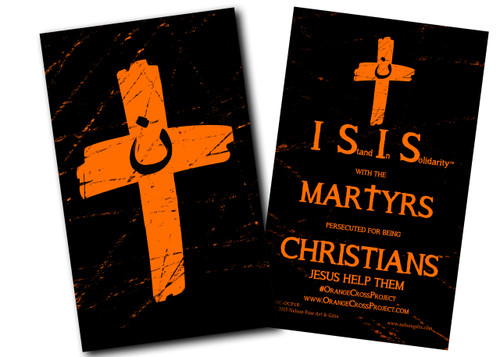 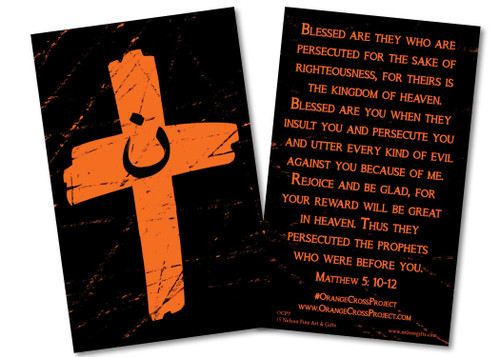