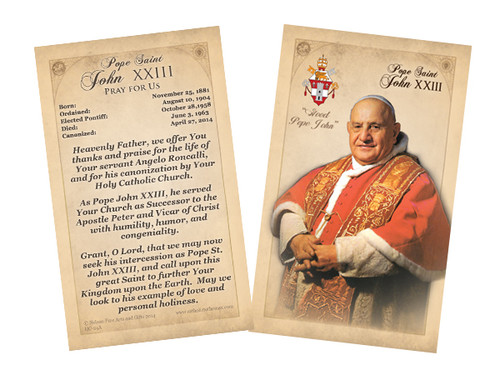 Share your faith with this beautiful holy card! The 2.5"x4.25" holy card features a classic image of Pope Saint John XXIII on the front, with a prayer on the back:

Heavenly Father, we offer You thanks and praise for the life of Your servantAngelo Roncalli, and for his canonization by Your Holy Catholic Church.

As Pope John XXIII, he served Your Church as Successor to the Apostle Peter and Vicar of Christ with humility, humor, and congeniality.

Grant, O Lord, that we may now seek his intercession as Pope St. John XXIII, and call upon this great Saint to further Your Kingdom upon the Earth. May we look to his example of love and personal holiness. 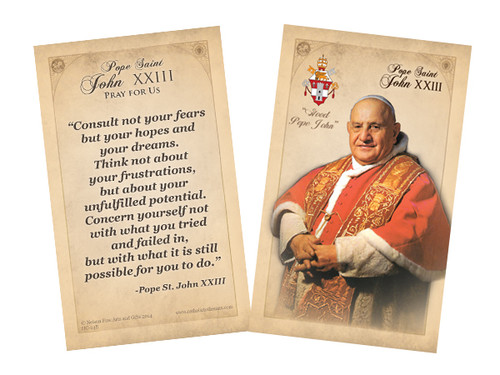 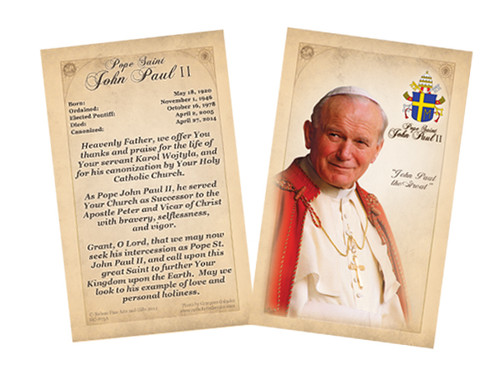 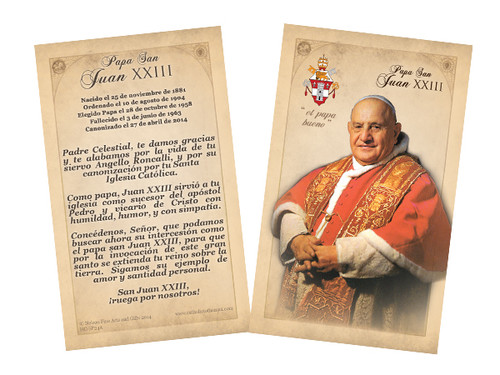 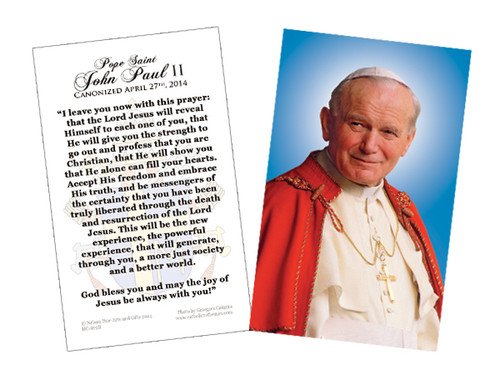 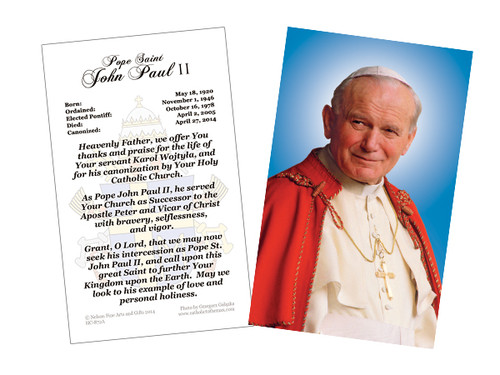 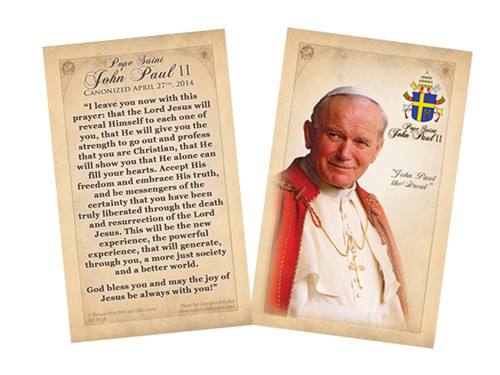 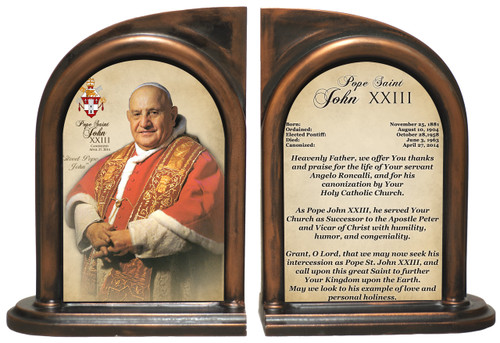