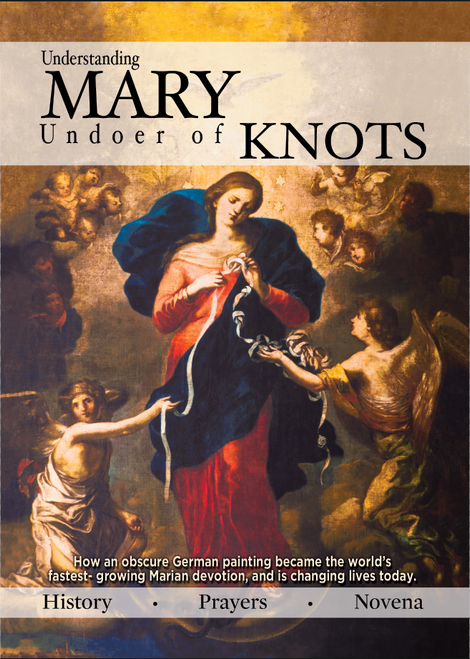 The knot of Eve's disobedience was loosed by the obedience of Mary.

In 1700, German painter Johann Schmittdner captured this beautiful task visually as "Maria Knotenlöserin," or "Mary, the Undoer of Knots." Almost 300 years later, an Argentinean priest named Jorge Mario Bergoglio was deeply moved by the image, and on his way to becoming the future Pope Francis, Fr. Bergoglio brought back to his native country what has since become a worldwide movement.

Learn the story behind this burgeoning devotion, see the original painting that inspired it, and pray the prayers and novena that have come from it. Inspired by the service and humility of Pope Francis, this new novena to the Undoer of Knots could very well change your life by first changing your heart.

Click here to view a special preview in your browser!


Notes from the author:

While the idea of the Blessed Virgin Mary?untying? spiritual knots has several points of origin, a novena prayer to her under this title is a fairly recent development. We have, in part, the efforts of Jorge Mario Bergoglio, S.J., better known today as Pope Francis, to thank for this, as well as the many devoted faithful who have put their faith in the Virgin's intercessory prayer under this title. There is, at the time of this composition, no "official" church-designated novena prayer to Mary, Undoer of Knots, nor has one ever been given by divine revelation. What exists in booklet form, then, are several novena prayers authored in countries like Brazil and Argentina, composed by laypeople and intended for use by the whole Church in its ministry of healing. This is just such a novena.

While the "Knots" novena prayers currently in circulation tend to focus on the healing and intentions of the individual praying, this particular novena is intended to redirect our focus away from ourselves. As Pope Francis continues to exhort all Catholics to stop looking to their own needs, but instead to go out into the streets and serve the poor, witness to those who disdain the faith, and in general repent of pride and self-centeredness, the need for a deep conversion of one's mindset and perspective becomes evermore gravely apparent. Pope Francis is telling us that it is our own knots that need to be undone.

Service sanctifies us. Just as the water flowing through a river is made pure by its outward flow and movement, so too are we human beings made holier when we reach out to others. This is particularly true of people or groups for whom we as individuals struggle to love or forgive-the harder it is for us to be as Christ to someone, the more our efforts to be so will sanctify us. It is only fitting, then, that a novena prayer seeking the Virgin Mary's intercession to untie the knots in our own lives should be effective by bringing us to help untie the knots of others through service and prayer.

May God open your heart to humility, compassion, and, thus prepared for it, healing.

Your brother in Christ,
--Kevin Nelles

"Pope Francis loves praying to Our Lady, Undoer of Knots. His devotion to her has inspired novenas, asking Our Lady to undo the knots in our lives due to our sins, flaws, and weaknesses. The Steubenville Press version of this novena uniquely unites our hearts to Mary's, leading us to pray for the unraveling of the knots in others' lives. Scott and I highly recommend the Steubenville Press version of this novena. We use it in our hermitage dedicated to Our Lady under the title 'Undoer of Knots.'"

"I find this novena to Our Lady Undoer of Knots, a devotion which has been promoted by Pope Francis, to be rich and inspiring." 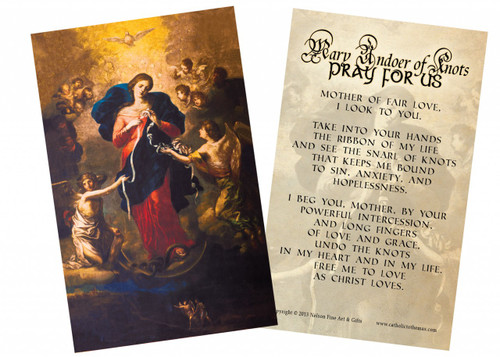 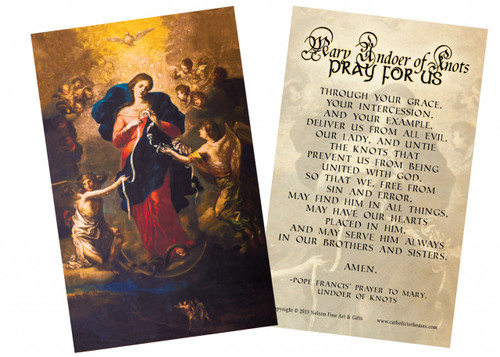 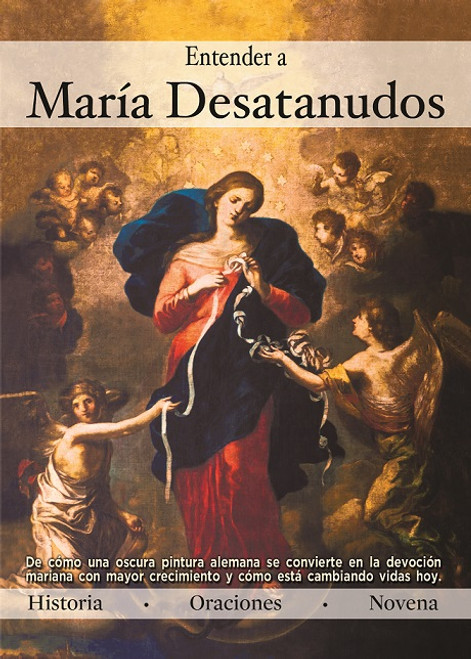 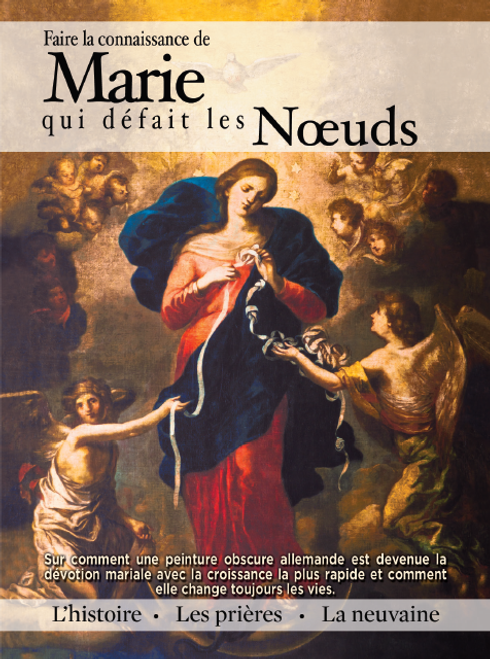 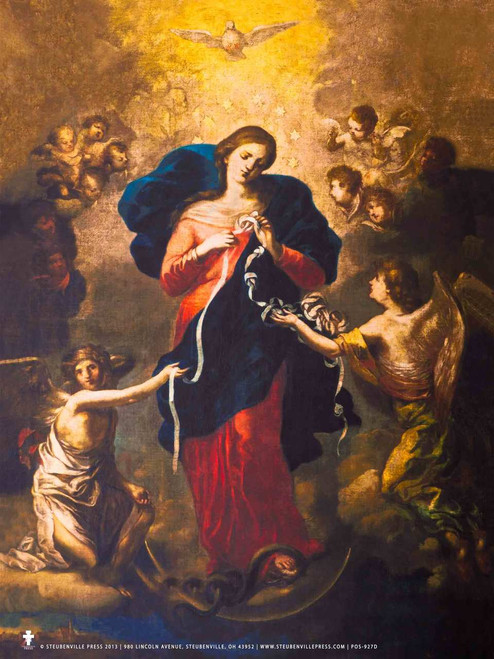 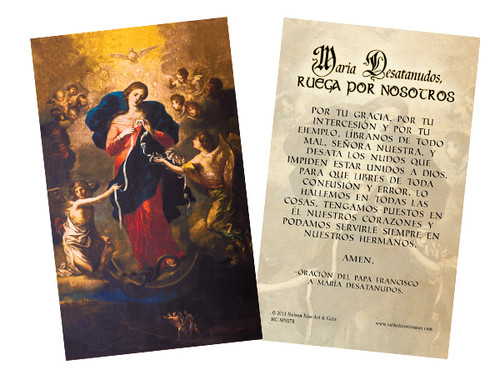 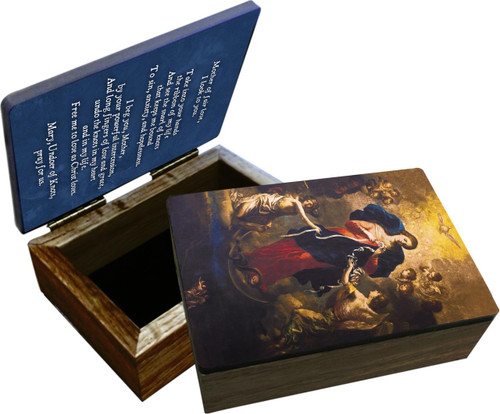 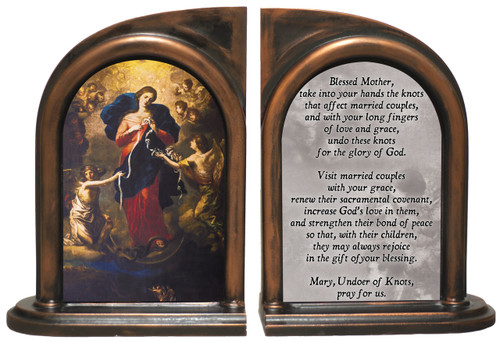 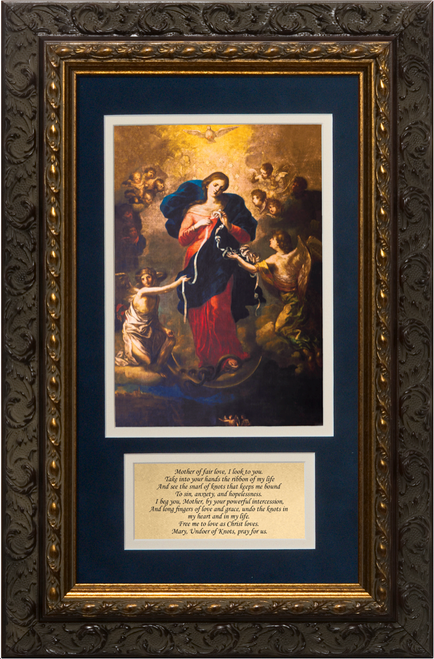