This yard sign features the words "Enforce Canon 915"; and the back reads the law "Those... obstinately persevering in manifest grave sin are not to be admitted to holy communion.."

Outdoor yard signs are 18"x24" and printed on a corrugated plastic. They can be held as picket signs or mounted in the ground with the included metal stakes.

Designed and printed in our shop in Steubenville, OH. 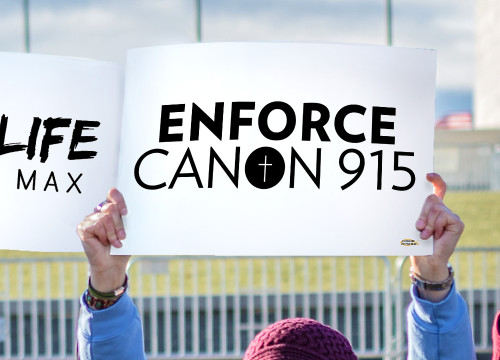